Posted by UniqeCooking Posted on September 02, 2021 with 2 comments 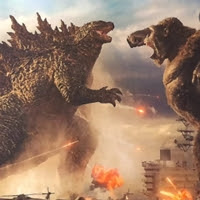 One User Told That

This whole movie idea is near sacrilegious.  Kong has endured for more than eighty years as a heroic, prehistoric genre creature who falls in love with a woman and suffers exploitation from greedy humans.   True to the wonderful story of Kong's emotional courage and great natural strength is only found in Meriam Cooper's 1933 and Peter Jackson's 2005 movies.  All other Kong movies are caricatures and disrespectful.  Even 2017's Kong Skull Island bastardized the creature- there was no reason for Kong to be 100 feet tall and fight made up creatures out of a comic book.   Godzilla is a stiff and always has been. He is a guy in a rubber suit  attacking kenner toys.  He is the childish product of very limited imagination. Compare 400 foot Godzilla to Speilberg's wonderful Trex's and Raptors.   Kong relates to people and has feelings and is vulnerable. He is maybe 25 feet tall and bullets hurt him.  That's who Kong is.  Don't make him 400 feet tall for still another comic book movie.   What's next?  Dracula vs the Martian's?  An 80 foot Yogi Bear vs the Ranger....

The Eight Wonder Of The World meets the King Of The Monsters. Two of cinema's most iconic movie monsters clash in an epic battle to the death. The film follows the head of a Japanese drug company Mr. Tako who sends to employees to capture King Kong for marketing purposes. Meanwhile, an American submarine crashes into an iceberg in the Arctic Ocean. The iceberg unleashes Godzilla who has been trapped in his icy lair ever since the events of the previous film. He breaks free and begins making his  ...